Located inland about 27 kilometers (17 miles) from the Tyrrhenian Sea, Rome is the capital city of Italy. Within Rome’s enclave is Vatican City. The seat of the papacy of the Roman Catholic Church, Vatican City has been recognized as an independent state by the Italian government since 1929. The majestic dome of St. Peter’s Basilica in Vatican City dominates the Roman skyline. Once the center of the Roman Empire, Rome has been the capital of united Italy since 1871. The economy remains strong—essentially based on tourism and government operations. After World War II(1939–45), the city developed a wide base of industries; thus, the Rome of today hosts the headquarters of many multinational corporations and agencies. 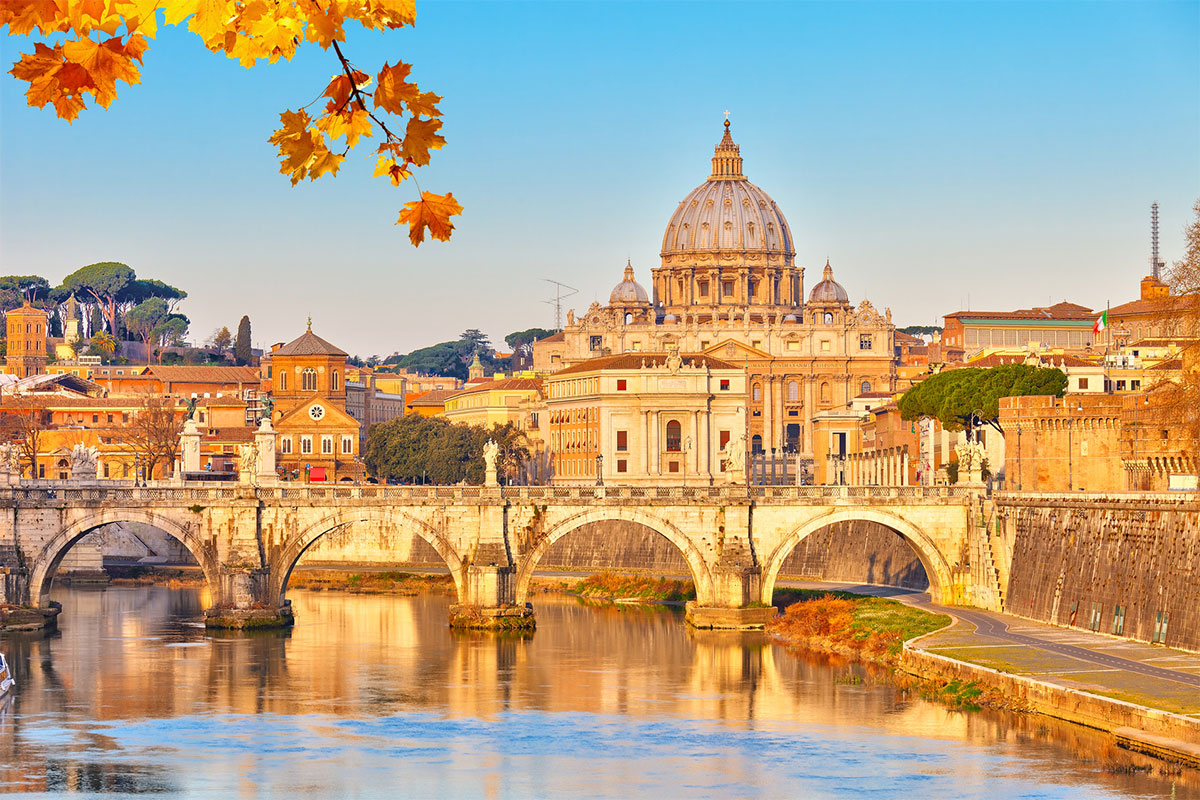 Divided into two regions, the sprawling outer city is changing with suburban growth. The historical center is a small area, located on the eastern bank of the Tiber River and contains many monuments of Rome’s past greatness. The city is an unparalleled repository of monuments from all periods in European history. The legacy of the Roman Empire is extensive, witnessed from the preservation of the Pantheon, considered one of the finest surviving temples of antiquity, to the impressive Colosseum, an amphitheater that hosted gladiatorial combat and other spectacles. Ancient city walls, triumphal arches, public meeting places, churches, and palaces are scattered throughout Rome. With an extraordinary wealth of artwork, Rome is a major world center for creative study and performing arts.